In recent years African states have begun a concerted pivot toward agriculture and renewed interest in farming and aggro-processing.  Undoubtedly, the ability for African nations to produce and process its own food—ready for consumption and export would create new opportunities, but also guard against unforeseen humanitarian disasters like Covid-19. For African states, its greatest hit in 2020 has come at the hands of food scarcity and the evacuation of multinational jobs. Sadly Africa’s top companies (both long term and start-ups) are all foreign or not indigenous-owned. 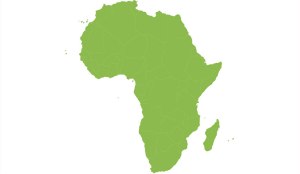 For African states, its greatest hit in 2020 has come at the hands of food scarcity and the evacuation of multinational jobs.

Evidently, more political and economic changes must be made to make running and scaling a business more lucrative for local populations. While African states have seen some influxes of investment, it seems many of its diaspora and local elites focus more on real estate sales and building luxury estates for retirement rather than businesses and thriving centers of commerce. It is unfortunate that the subsistence migration of the past didn’t result in ex-patriots sending home capital to create renewable wealth or industry. Nor did it result in major international business connections initiated by its diaspora in foreign countries. Instead, Africa’s local expansion has come because of joint Sino-

African infrastructure ventures, modest multinational investments, and finance technology that admittedly make it easier to do business. According to the World Bank, Doing Business Index, most African states rank lowest on the list (with the exception of Rwanda and Mauritius). This struggle for market entry ironically is most felt by local populations and monied diaspora seeking a window into the market.

It is unfortunate that the subsistence migration of the past did not result in ex-patriots sending home capital to create wealth or industry. Nor did it result in major lucrative international business connections initiated by its diaspora in foreign countries.

Despite Nigeria’s reputation as the Giant of Africa, it is Mauritius, South Africa and Namibia which provide the highest per capita wealth for its local population. Wealth is not being held by local people which creates endemic instability and growth barriers. This means African states suffer from choleric pockets of wealth surrounded by a sea of disenfranchised populations. While hope is on the horizon for the upcoming, AfCTA (which has seen setbacks due to COVID-19 and destabilization in the Sahel [Mali, Sudan

and Niger]) Africa’s greatest work will be empowering its local populations with access to markets, equipment, capital and industry specific education that galvanizes the majority. Perhaps Africa’s greatest threat to growth are the large multinational companies that dominate local markets and ruthlessly suffocate local competition. Dangers also lie in multinationals employing large numbers of the educated population, shifting alliances and patriotism and making African economies dependent on foreign finance. The unsaid horrors of mass unemployment also looms above its educated and elite classes when geopolitical or humanitarian crises arise like COVID-19, causing such companies to close up shop and leave the economy in shreds. Africans both locally and in governance will need to begin to think outside of the imperial box to find solutions for industry, economy, and the future for sustainable growth beyond 2021.

For Comments or an Interview, please kindly use the contact form below.  Thank you.

This site uses Akismet to reduce spam. Learn how your comment data is processed.